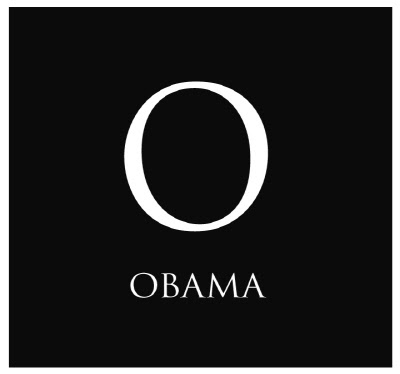 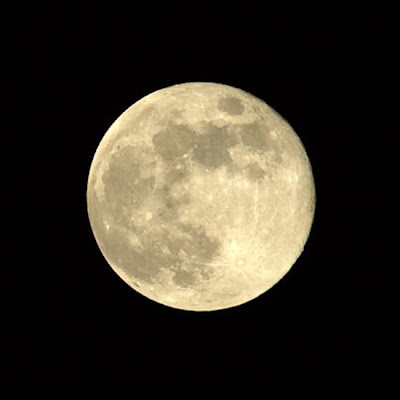 Posted by ann murphy at 3:57 PM No comments: 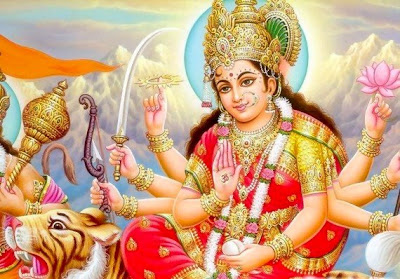 "slumdog millionaire" will make you rethink your childhood fantasy of being the orphan who gets taken in by kind strangers. if you haven't seen the pic yet, i expect when you do you'll sit speechless before the vertiginous, often sickening evidence that at the bottom of the great ponzi scheme of world commerce is either hard slavery or soft slavery, the first embracing total control of a human being by another and the second complete economic control. then perhaps, like me, you will be equally mute before the magic, whether of love, loyalty, or beauty, that nevertheless asserts itself the way flowers arise in dung heaps or rainbows arc over a battlefield.

pay close attention to the remaking of bombay into mumbai, and the suave marriage of crime to commerce, which has become the sine qua non of modernizing cities everywhere. the process overtakes the players, too. for instance, we watch how the beautiful girl is made to become a traditional dancer to be a better whore, and then as though lifted from an early suffragette's primer, how, later, the woman in her sleek kitchen in her gated estate is no more than a courtesan, well dressed but still enslaved. the hierarchies in "slumdog" are vicious and deadly, and boys fare only slightly better than girls.

yet hope triumphs. it arises out of a belief in a transcendent future, or an immanence that brings wisdom and beauty to hardship ("it is written"). this is where dance has its say. at the end of the film, as a kind of theatrical coda, bollywood-meets-philly/oakland hip hop is unleashed by the stars and a crowd of young dancers in a train station (metaphor of so many 19th century novels, and fitting for the subcontinent). it is far from the mudras that bring us krishna or shiva, or the numerology that translates into pattern the elements of the universe in indian dance. still this frontal, unison, collective number manages to merge ancient rites with modern eros and liberation. more than english, hip hop is made the universal language, and through this slice of global culture, youth counter the ponzi scheme. together, they are jacked up with a life force so fierce and sweet and fast that, at least in movies, it seems powerful enough to scare even a piratical status quo.
Posted by ann murphy at 10:23 PM 1 comment: 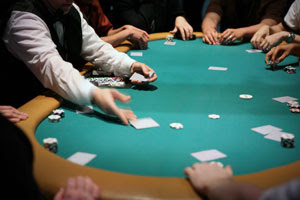 The arts fold like a losing poker hand during financial downturns. Ticket sales plummet, casts are pared back, shows and concerts flare and dim almost overnight. It's never easy to be an artist, haunting the margins, unsure of one's path or its value. In dire times, though, many of us are relegated to the margins, and the arts are often more widely recognized as the unpretentious translator of collective hope and distress.

They also can take us out of ourselves, give us relief and remind us that nothing is forever — even war, even economic depression. Fun is fundamental, no matter what the Dow is doing. 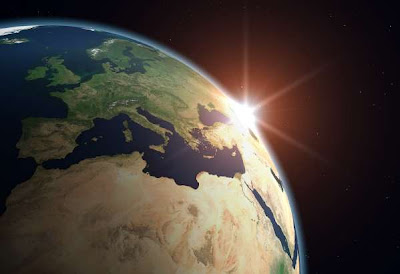 Dancers across the country are taking that to heart. 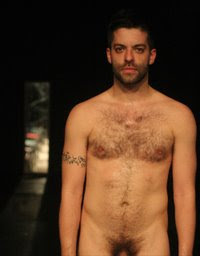 The dancer-choreographer doesn't live in the Bay Area any longer, so there is no chance of seeing him dance during his 24-hour performance piece, beginning midnight Dec. 31 and running until midnight Jan. 1. But he has sparked a national-performance effort to acknowledge and protest the wars in Afghanistan and Iraq; and, locally, dancer Jesse Hewit will be engaged in this performance/protest/ritual "freedom of information 2008" at the Garage in San Francisco.

Across the country, each in his own time zone, dancers will be blindfolded, their ears plugged, moving without rest during the 24-hour period, meditating on the dislocation that Iraqis and Afghans endure in their efforts to flee violence and stay alive. Witnesses are invited to attend at any or all points along the way. Reminiscent of the ordeals religious pilgrims still endure, whether climbing up a rugged mountainside to honor Huitzilopochtli in Mexico, or shuffling on knees for miles to a holy shrine outside Rome, "freedom of information 2008" is a self-reflective act that asks all of us to think about the human cost of war. 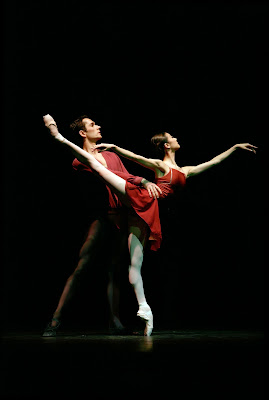 At the other end of the artistic spectrum — where glitter and good times are as integral to the experience as overpriced but delicious sweets — is the San Francisco Ballet gala, this year named ICONic IMPERIAL, followed a week later by the season's opening. Every year, the parade of high rollers mirrors the state of the economy with its gowns and tuxes. This year, expect the average ball gown skirt size to shrink and the jewels to shine less brilliantly. Now that Bernie Madoff has taken thousands of people to the cleaners, the orchestra seat holders may resemble mourners at a funeral.

Fortunately, there is nothing funereal about San Francisco Ballet. Its "Nutcracker" this season was its meatiest, most comprehensible production yet, coming together with narrative magic and running at an almost leisurely pace ("Nutcracker" runs through Sunday). This is the inestimable Tina LeBlanc's last season, so even moderate fans of the ballet might want to catch the tiny ballerina's enormous artistry before she leaves the Opera House stage. The 2009 season begins Jan. 27 in a mixed-rep program that showcases a new work by choreographer-in-residence Yuri Possokhov; and reprises Helgi Tomasson's elegant "Prism" and George Balachine's jazz-inflected modernist masterpiece, "The Four Temperaments." 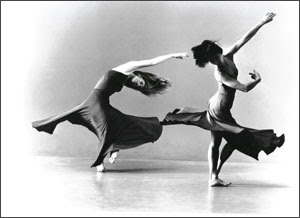 The renowned modern troupe that combines the weightedness of early modern dance with the elegant expressionism of postwar ballet, Lar Lubovitch Dance Company comes to San Francisco for one night only at the Jewish Community Center, now a vital Bay Area magnet for important dance performances by both local and national artists. 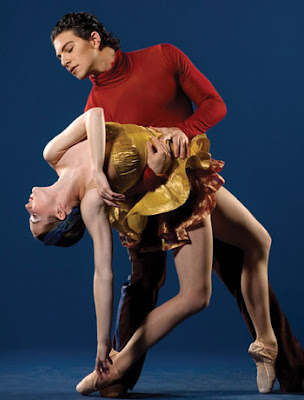 Company C Contemporary Ballet of Walnut Creek opens its new-year run with new and old works. These include "The Envelope," the divinely crafted dance by David Parson; and premieres by company artistic director Charles Anderson.