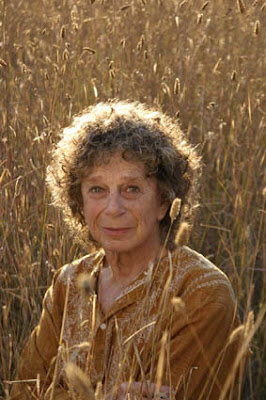 The lives they lived: new biographies of Halprin, Farber, and Kirstein

In 1959 when Hawaii and Alaska finally became states, the center of the United States shifted 464 miles toward the Pacific. With the arrival of Janice Ross' beautifully researched biography, Anna Halprin: Experience as Dance, it's time for modern dance to do the same: give the midpoint of the avant-garde dance continent a big shove westward.

With a tone of persuasive poise, Ross builds a strong case for Anna Halprin as one of the most potent if underrecognized catalysts in dance since the '50s. It's an influence that is more often felt than noted. In part that's because Halprin has done most of her work north of San Francisco in outdoor spaces, like her famous "dance deck" at her home on Mt. Tamalpais. But it's also the result of the fact that Halprin is an artist of context and process, not product.

Three forces helped to shape the young dancer. First came educator Margaret H'Doubler who, at the University of Wisconsin where Halprin studied, established kinesiology as the foundation for discovering and developing movement. Next were the artists of the Bauhaus in exile at Harvard University's School of Design. They infused Halprin and her husband, Lawrence, the renowned landscape architect, with a love of modernism's functional promise and a hunger for new egalitarian paradigms for life and art. Finally, there's Larry Halprin himself, who participated with his wife in forging an existence in which art and family intertwined.

While Halprin has only a few works in her oeuvre that are regarded as masterworks (Parades and Changes, most notably, is one), her genius, Ross suggests, lies in her ability to absorb social and intellectual experimentation and transform them into dance ideas. In the '60s she took her works to the East Coast and shook up tradition with nudity and Gestalt process. In the '70s she began to explore ritual. In the '80s and '90s, she pioneered movement for healing, dances for the earth, and dances for dying.

For decades, Halprin has sown seeds of change and enlarged the boundaries of dance. In the early 1960s, she introduced some of the soon-to-be Judson Dance Theater innovators (Yvonne Rainer, Trisha Brown, Simone Forti) to improvisation, task movement, environmental dance, and freewheeling organic exploration of body states. And thanks to her defiance of the status quo, dance today includes movement previously not considered dance and people previously not considered dancers.--Ann Murphy
Posted by ann murphy at 7:48 PM 28 comments: Dancer Gregory Maqoma, one of South Africa's leading choreographers, was cloaked in darkness in the soaring Forum Space at Yerba Buena Center for the Arts Thursday evening when he took his place upstage at the opening of "Beautiful Me," a virtuosic solo performance about the search for identity that continues at 8 tonight. Four fine percussion and string musicians collaborating with the Johannesburg-based performer sat bathed in warm light upstage.

Slowly, Maqoma appeared in a narrow spotlight and began to talk as he moved toward the audience, flicking his fingers, flexing his hands and unleashing an array of Ping-Pong ball sounds from one of the click languages of South Africa. None of the words or clacks was comprehensible; not even his vocal tones let us in on what he was saying.

And in a sense, that became the central point and the true power of this compact evening of mesmerizing dancing. During most of the 55 minutes, Maqoma's ironic spoken words, even in English, were trumped by his sweet physical embodiment of movement traditions and fusions. While he enumerated a growing list of corrupt government officials and apartheid rulers who have riddled the continent with horror and violence, the names quickly drifted off like flotsam on a river of history. When he called on the ancestors, they, by contrast, seemed to channel centuries of African culture through him in timeless and beautiful body wisdom.

And what a clear channel he was, too. Maqoma's body spoke in a rich play of movement derived, in part, from the input of three distinct and highly accomplished fellow artists: contemporary Indian Kathak choreographer Akram Khan, political dance/theater creator Faustin Linyekula and Afro-fusion choreographer Vincent Mantsoe. But it was Maqoma's unifying spirit that brought coherence to what in other hands might have been a disparate mash-up of ideas.

When it came to African steps, Maqoma performed almost with an air of ritual, as though he were enacting what had been bequeathed to him rather than what best reflected his identity. His horizontally propelled steps conjured ancient ritual dance, while the isolations of the pelvis or the Africanized electric slide communicated pure late-20th-century reinvented dance steps.

Where Maqoma seemed most at home was in his lush Kathak stomping, to which he returned again and again. It had all the percussive clarity one would expect from a fine Indian master, as well as something more—earthy strength unafraid of softness and wit. What wasn't clear was whether this represented Africa's influence on Indian tradition or just the gentleness of Maqoma shining through.

Maqoma initially promised exotic stories — "I am an African dancer. I tell exotic stories to survive." The suggestion in such powerful rhetoric was that his very presence at YBCA was a form of African minstrelsy, but Maqoma couldn't make the idea stick, even briefly. "Beautiful Me" was the dance of a man who clearly knows who he is and wants to share it, exotic stories not included.